South Africa’s Pool B rivals England were also unbeaten on Friday, running in six tries in a 40-12 rout of Canada, before a 33-12 win over Wales in which Tom Bowen ran in a hat trick.

Werner Kok was ruled out of the tournament with a jaw injury.

Fiji were emphatic in both wins against Russia and France, the USA beat Samoa and Australia and Argentina surprised New Zealand 26-19. It was the only the 10th win for the Pumas against New Zealand in 82 meetings. 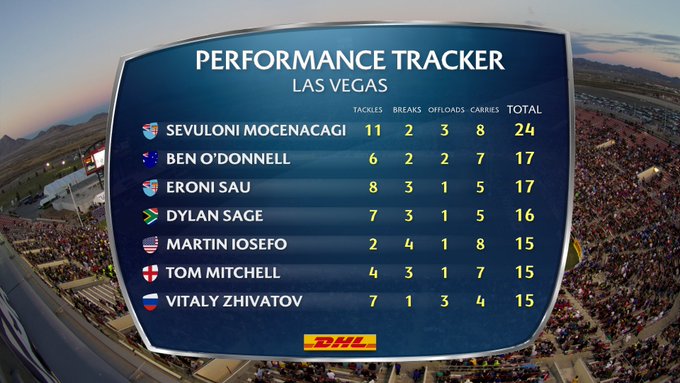 New Zealand, currently second in the series standings, had beaten Uruguay 28-7 before falling to Argentina, who beat the Kiwis for just the 10th time in 82 meetings.

South Africa, whose run to the series title last season included a triumph in Las Vegas, lead the current standings on 77 points with New Zealand second on 69 and Fiji third on 62.