The DHL Stormers are South Africa’s best Vodacom United Rugby Championship team and that is why their players dominate my SA team of the season, writes Mark Keohane. John Dobson is also my SA coach of the league.

DHL Stormers coach John Dobson has had to overcome the departure of some of the most prominent and experienced World Cup-winning Springboks in Damian de Allende, Eben Etzebeth, Pieter-Steph du Toit, Bongi Mbonambi and Springboks captain Siya Kolisi. He, at the beginning of the Vodacom United Rugby Championship was also dealing with a failing executive that was subsequently put under administration.

Dobson, once freed up to coach thanks to the quality of the administration job done by former SA Rugby Union CE Rian Oberholzer and a new interim Board, trusted his instincts to persist with his pursuit of a flamboyant and expressive playing style that he felt spoke to the cross cultural make-up of rugby in the Western Cape.

The DHL Stormers, with just one win from their opening five matches, revelled post Oberholzer’s arrival, which allowed Dobson to get back not the field and apply his mind exclusively to the task of coaching and leading the Stormers. The results were incredible, with the DHL Stormers doing the double over Jake White’s Vodacom Bulls in two bruising encounters and coming from 22-7 down in Durban to draw 22-all against the Cell C Sharks and then beating the Durban’s Galacticos 20-10 at the DHL Stadium in Cape Town.

Pick your SA URC Team of the Season: Back three

The DHL Stormers won eight in succession, seven in a row at the DHL Stadium, and only lost one of their final 13 league matches to be crowned SA’s first ever Shield Winners. #ALLFOR1

Hats off to Dobson. His team have a delight to watch and they deservedly will host a home play-off on 4th June.

DHL Stormers make ups 10 of my XV, Cell C Sharks get two players, Vodacom Bulls two players and the Emirates Lions get one on a wing and a prayer. 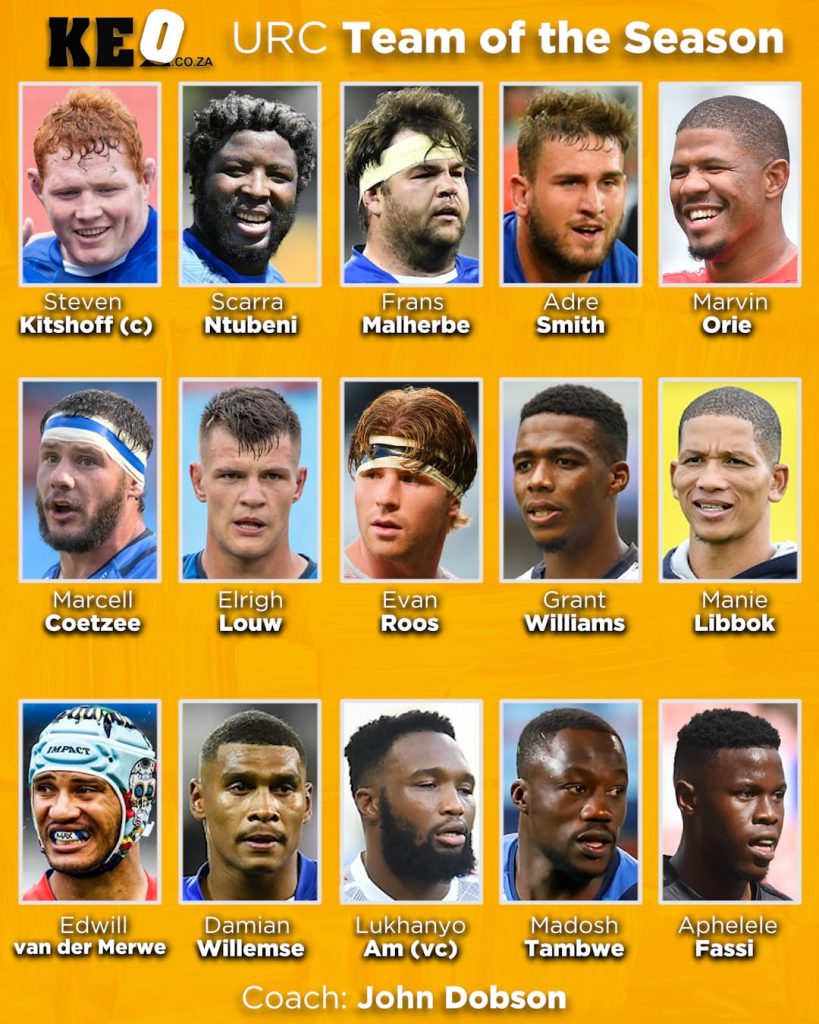 Pick your URC Team of the Season: Centres