SACS have been victorious and one of the best teams on show at the St Stithians Schools Festival but their set piece efficiency ranked the lowest of 12 teams. Grey High took the set piece battle of the heavies.

SACS, 34-7 winners against Maritzburg College and 34-10 against Michaelhouse, are proof you don’t necessarily need a dominant set piece to get results.

The 2018 Saints festival saw The Hussar Grill get involved to reward the team with the most dominating scrum over the first two days of play. 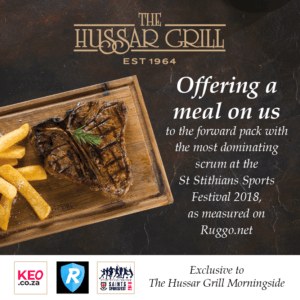 With the help of the Ruggo.net mobile analysis program – each team was scored on their scrum accuracy % on their own feed. Teams were also handed a 10 point score for every scrum they won on an opposition feed. This ‘win’ was also awarded when you earn a  free kick or a penalty on an opposition feed.
The team with the most dominant scrum wins a free meal voucher at The Hussar Grill of their choice for the entire forward pack chosen to tour – reserves included.
On behalf of Keo.co,za , The Hussar Grill and Ruggo.net, we hereby want to congratulate the players and coaching staff of Grey PE for your solid performance at scrum time during the 2 days of play. Grey PE fed 16 scrums, and won all 16, while winning​ three scrums on their opposition feed.
Day two of the Saints festival saw six games deliver a total of 73 scrums, or roughly 12 per game. Only seven scrums were lost all day – once more suggesting that the scrum rule-change is making it harder for dominant scrums to affect a steal. Only three scrum penalties and two free kicks were awarded, leaving only two outright tightheads won. 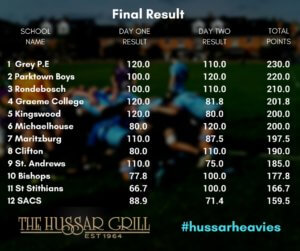 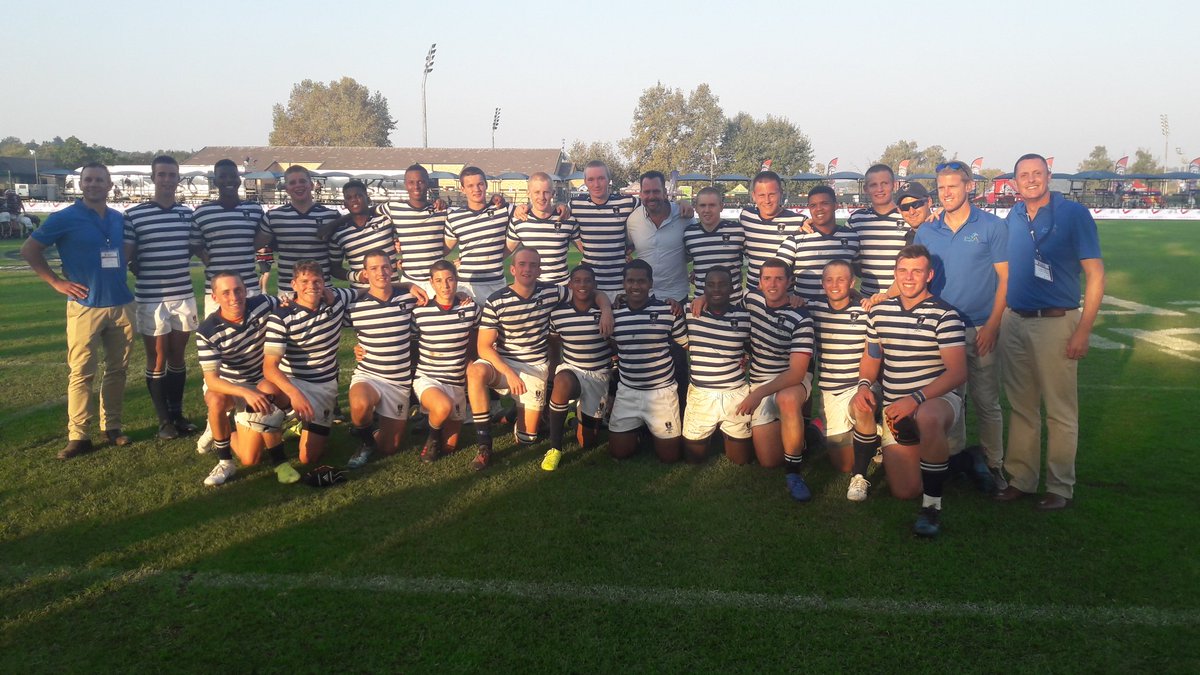 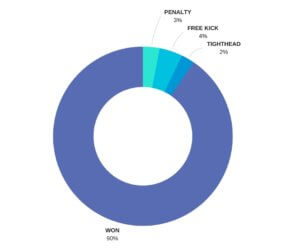