Ruggo.net, in association with Hussar Grill, measured ONLY the scrum performance of teams on Day One of the St Stithians Festival and only one of the best performing packs’ teams actually won their match.

This is a campaign for the HEAVIES and the winning team will enjoy a feast at Hussar Grill post the tournament.

Ruggo.net chief Brendon Shields reported:
Of interest is that there were 95 scrums (roughly 15 per game) between all six games and only eight steals. The scrum set-piece at school level seems to work a lot better as there were only eight resets all day, and only two scrum penalties awarded.
Its also interesting to note that there were 201 lineouts, at roughly 33 per game.
The pitch was still damp from all the Jo’burg rain, but few handling errors were made for this time of the season – hence the few scrums.
What’s also interesting is that of the top six (see the table below) pack performances, only St Andrews managed to win their game, while Kingswood had a draw with St Stithians!
Ruggo looks forward to bring you Saturday’s results, and please remember that any team can use Ruggo.net for free to generate match statistics without the need for video footage. It’s all done live, and you get stats already at half time! 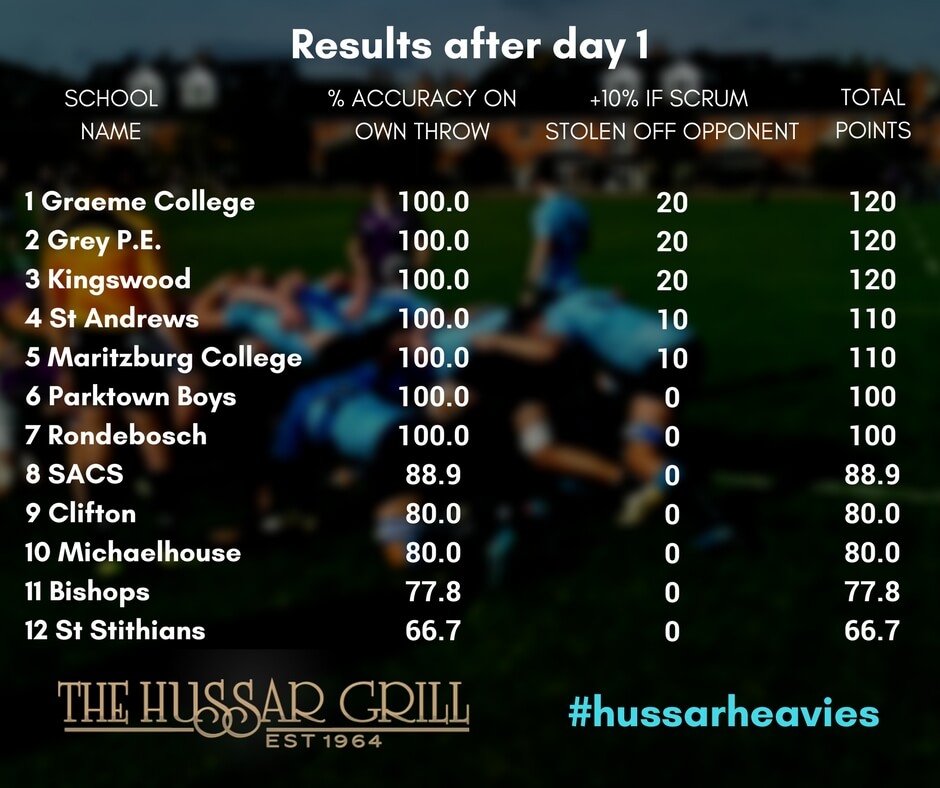 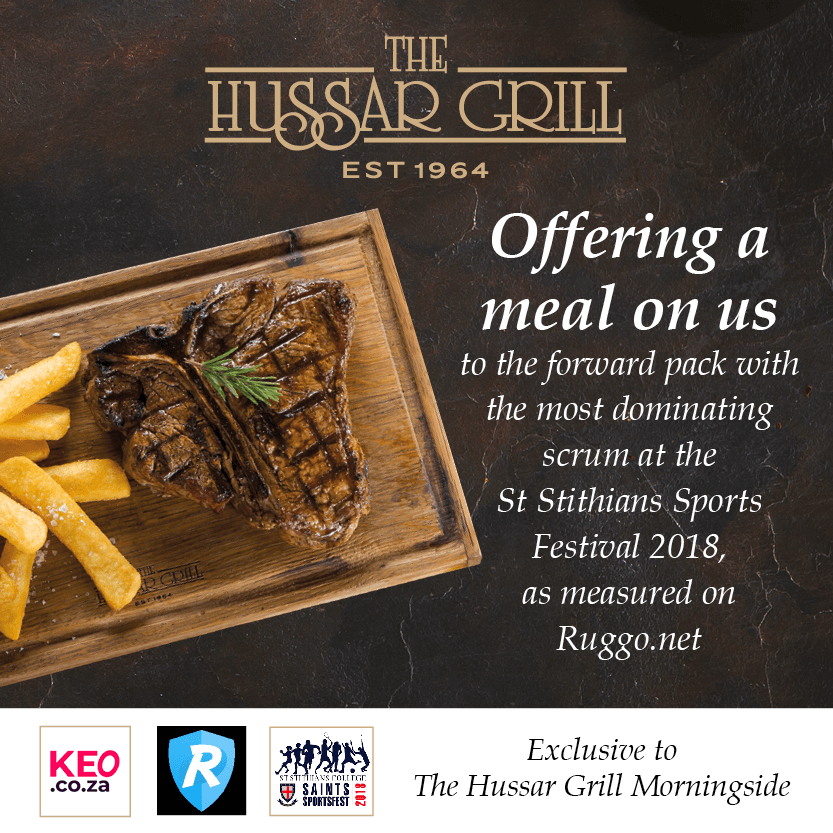 SACS, Bishops and Rondebosch won big on day one of the St Stithians Easter Festival. Wynberg also made it four from four for the Western Cape’s Southern Suburbs Top 4 witha big win at the KES Easter Festival.

There were also impressive wins for Glenwood and DHS at the Kearsney Easter Festival.

Hosts KES edged Westville 28-20 and Jeppe were also on top against Ben Vorster, if by just three points.