The Vodacom United Rugby Championship is the injection every South African rugby player needed because the URC is without doubt a ticket to the Springboks, writes Mark Keohane.

In one massive season, South Africa’s home based young and old have been given reinforcement that you don’t have to leave the country to be considered good enough to play Test rugby for the Springboks.

Outside of the obvious that sees the DHL Stormers host the Vodacom Bulls in the first ever #URC final, the biggest plus to come from the inaugural league season is that the Springboks coach Jacques Nienaber and National Director of Rugby Rassie Erasmus have acknowledged the form of the South African-based players and also the quality of the league. They picked 20 players from the SA-based URC franchises.

This was also the same Leinster who hammered England’s top team Leicester in the Champions Cup.

To celebrate the inaugural @Vodacom @URCOfficial final between @THESTORMERS and the Vodacom @BlueBullsRugby, I’ve teamed up with @Cellucity to give you an opportunity to win an amazing hamper!

The impact of the URC and the added lure of South Africa’s Shield winners the Stormers and league top eight finalists the Bulls and Cell C Sharks being included in the expanded Championship Cup, with the Toyota Cheetahs and Emirates Lions in the Challenge Cup, means every one of the five South African regions will get exposure to European competitions.

Additionally, South Africa’s home based talent will play against the best of England, France, Ireland, Italy, Scotland and Wales every year, home and away.

The motivation is there for South Africa’s best to stay in South Africa because the additional sponsorships from these competitions and broadcast revenue streams makes it possible to improve on salaries. There are also those third-party payments that allow for the signatures of the most influential marquee players.

The core of the 2019 World Cup squad was based overseas and while several of those players are still abroad, a new generation of South African URC player has stepped up to the national challenge.

The URC is also proving a lure for experienced South African players to return to the Republic, knowing that consistently good performances will be rewarded nationally.

The recent SA Rugby Magazine cover featured Fourie, Coetzee, Elrigh Louw, Evan Roos and Phepsi Buthelezi on the cover as representative of the strength of South African rugby at home, old and new. 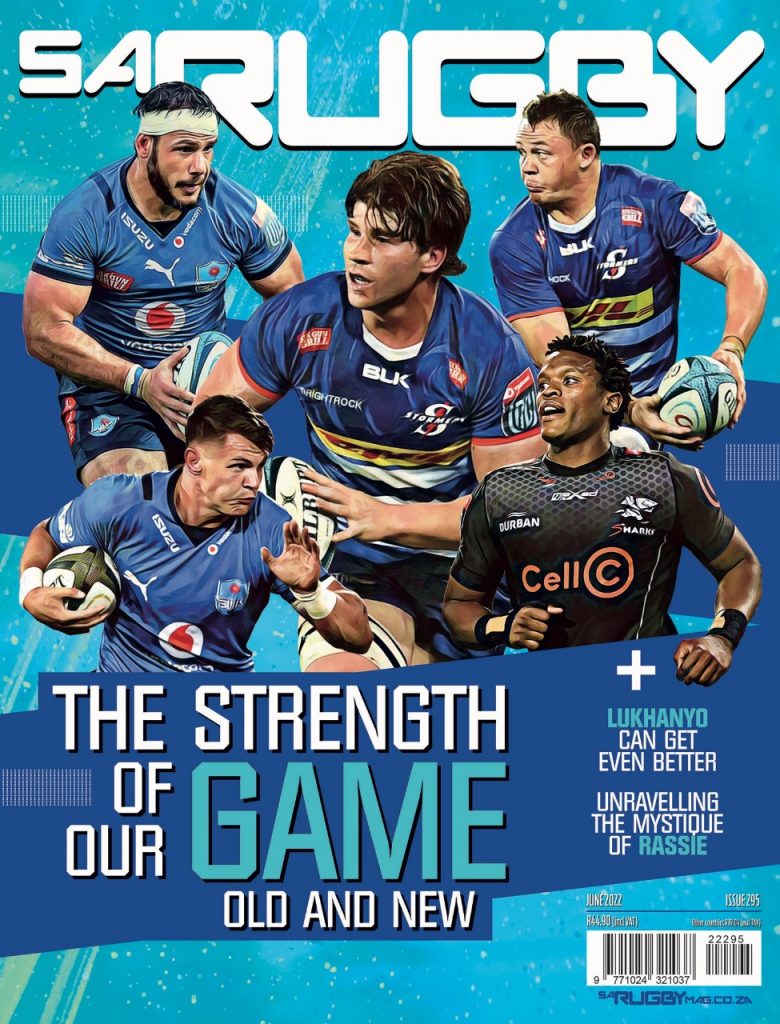 It was on the money and four of the five were named in the Springboks squad and Buthelezi is a player who in the future will play for the Springboks.