The Oracle is six from six on the Bulls this season but there’s no real money to be won on their visit to Durban. Keo has the Sharks to win by 10 points, while the Oracle’s money game is the Sunwolves against the Blues.

I honestly cannot see the Hurricanes smashing the Chiefs, but I am not confident at all. An extremely tentative call here. Call: Chiefs 10.5 at 0.5 units

KEO: Hurriances, at home, have an advantage. All NZ derbies are generally close and within 10 points. I think this one will be within seven. Canes to win.

Last year the Sunwolves won this fixture, against all odds, the Blues were out of sorts, this year the Blues are again out of sorts, although I have not quite got the Sunwolves right as often as I have expected this handicap is within the reaches of the Sunwolves, Waratahs narrowly beat it last week, the Waratahs are better than the Blues, it’s the 2nd week at home in a row for this Sunwolves team, I expect a better showing than last week and this week the plus gets my vote as Best Bet of the weekend. Call: Sunwolves +18.5 at 4 units

KEO: I’m with the Oracle on this one in terms of a good bet. It’s a very generous spread, given the absolute lack of form and results from the Blues in 2018.

Rebels have blown hot and cold and this handicap seems a tad high, but neither teams gives me enough confidence to go large, so I will keep my stakes low here. Call: Jaguares +11.5 at 1 unit

KEO: Rebels will win comfortably. I have them to take this game 15-plus.

Brumbies won a game last weekend by a margin few expected. They won’t win this weekend and I have the Highlandeers to win this game comfortably. Highlanders -15.5

I was initially a Waratahs punter until I saw them getting a plus-niner. This is way too much in my opinion. I expect the Reds to come close her, I will not right off them winning the game on the board, and I will however go a medium strike. Call: Reds +9.5 at 2 units

I am now 6/6 calling the Bulls correctly but this handicap seems too low. I know the Sharks have had a good run of late, beating two handicaps with relative ease. I do like the Bulls of late and have made huge money on them so far, but this week I think they will find themselves in deep and I have the Sharks to cover this low 4.5. Call: Sharks -4.5 at 3 units

KEO: The Sharks are on a high but this will be a bruiser. I still think they’re good enough to get home by 10 points. That’s my call.

This Cheetahs team are making a habit of irritating me, what usually look like decent handicaps never end up being that, the handicap is down to a single digit. I have chosen to believe that the Cheetahs have another habit, just winning. I do believe that they will just win this one. Call: Cheetahs on the board at 8/10 for a units

KEO: I have Munster to edge this one. They’ll include some of their big name internationals.

Last week’s game v Cheetahs was more of a bad Cheetahs game and I also do not believe that Cardiff will win this game by more than two tries. The Kings should stay within this generous handicap. Call: Kings +14.5 at 2 units

Dragons are in my opinion the worst of the lot in Pro 14, this handicap appears to offer serious value, I can’t go max but I will have a decent go on Pro 14 teams. Call: Zebre -5.5 at 2 units

Edinburgh was my bog Pro 14 play last week, although I only got 1/6 I really believed I went the right way with Edinburgh, I was wrong and got smashed, this week I am going against them as I believe Scarlets are still buoyed by their qualification of the EURO Champions Cup semis. Call: Scarlets +3.5 at 1 unit

Surely Benetton can stay within +28.5, I am not confident and will go just enough to keep me interested, it just seems too high. Call: Benetton +28.5 at 0.5 units

Ulster v Ospreys & Glasgow v Connacht Both of these games handicaps look dead on, I will not be having a bet on either and thus call these two NO BET Called

As many of you must have read my post on the Hong Kong Sevens you would have seen my unhappiness in SA fielding a B Team along with the likes of NZ, Aussie & England four of the Big five so to speak, Fiji and Kenya bucking the trend and going full strength, well done to both Fiji and Kenya.

This week we look at a bonus tournament for sevens punters like us and its obviously going to be a feast on the eyes, I have selected three teams to have an outright go on here… SA at 13/10 is not one of them, nor is England at 8/1 and there is no way I am interested in NZ at 4/1 I am having a go at Kenya at 25/1 for 0.25 units, Aussie the home team that won me some cash a couple of months ago at 28/1, even though 9/1 seems low, they are at home and deserve some respect I will go Australia 0.5 units at the 9/1 on offer, lastly Fiji are the business at 22/10 they should in my opinion be favourite, they get my interest at 22/10 just for 1.25 units for the Fijians, to close out a play of 2 units in total. The plays for the 1st eight games which start at 01h30 Saturday GMT +2 will be up at around  18h00 Friday GMT +2

Visit The Oracle at oraclerugby.com

Check out gamebet.co.za for this weekend’s betting 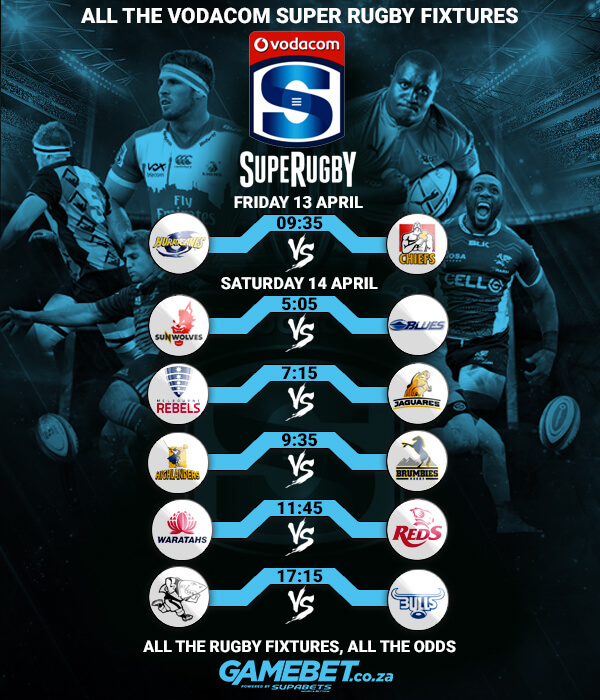