Racing will play Leinster in the final in Barcelona in May. Leinster on Saturday hammered the Scarlets.

Lambie played the first 55 minutes at flyhalf and the last 25 minutes at fullback to accommodate the introduction of All Blacks legend Dan Carter.

Racing were sensational in attack in the opening 25 minutes and led 24-3 at half time through three converted tries. Munster scored two converted tries in the 78th and 82nd minute but all it did was make the mauling look closer on the scoreboard than it ever was.

Racing were always in control and the victory was set up with the three-try burst in a 15 minute period.

Racing winger Teddy Thomas scored two tries and could have had at third but he gifted his captain (and scrumhalf) Machenaud  a try when passing him the ball while already over the goalline. 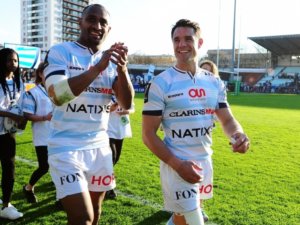