July is proving just brilliant for world rugby, with the three-Test series summer internationals in South Africa, New Zealand and Australia all going down to a deciding finale, writes Mark Keohane.

There can be no complaints about Saturday’s results, two of which were history-making with Ireland and Wales getting first wins in New Zealand and South Africa respectively.

Ireland were particularly impressive in destroying the All Blacks in Dunedin, England were awesome in the first 30 minutes in Brisbane and Wales were dogged and defiant in refusing to go away before striking in the 78th minute to secure their chapter in history.

In all three countries, the three-Test series is tied one all, and what this summer has shown is that the future should be one of three-Test series, with the occasional one-off, home and away, in between World Cups.

World Cup tournaments have their own unique flavour, and it is effectively a knockout competition. One bad half and a team is gone in the play-offs. One good half and you could end up winning the World Cup.

The World Cup is accepted as the ultimate prize in the game, but a true measure of a team’s quality is the consistency in winning over a period of time and in these three-Test series.

It is why I love three-Test series rugby so much. You can fluke one, but you can’t fluke two. And if you win three-zip, well then there can be no discussion.

Ireland, Wales and England used to send very weakened teams on the summer tours Down Under and to South Africa and lay in wait to pox a once off win against tired and fatigued Southern Hemisphere tourists in November.

But the calendar now, despite not officially being a global one, is very much an all-year round game for many, especially those in South Africa. The new URC season starts in September for the South African players, whereas their season traditionally was ending in October. Only the international players would go on for the extra month.

Now it is full-on.

Players in both hemispheres are now conditioned to play all-year round and the manner in which Ireland, England and Wales’s players have been so strong on the 80th minute of a second Test in a three-Test series in July, bears testimony to just this.

The game is so evenly balanced now, and that is a wonderful thing for world rugby.

New Zealand’s dominance from 2011 to 2017 was the making of an exceptional group of players, led by the incomparable Richie McCaw and Dan Carter. But it wasn’t particularly healthy for the world order. 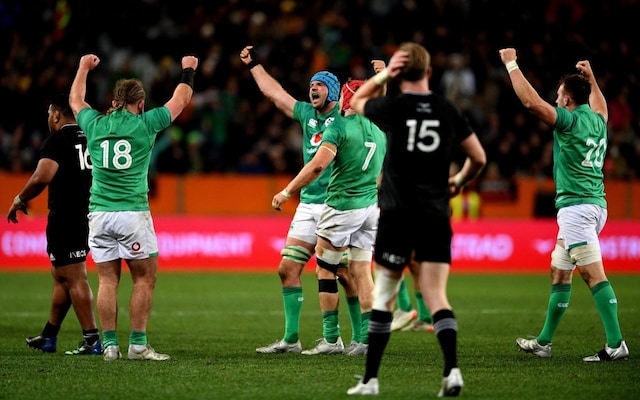 What we have in 2022 makes for the healthiest of states in international rugby.

You have Wales, who can beat the Springboks at altitude in South Africa, England who can dismantle the Wallabies in Brisbane, Ireland who can beat up the All Black in Dunedin and Japan who can run a second-string France so close in Tokyo.

I’d love to see the November once-off international also replaced with a three-Test series. For example, if the Boks play Wales in three at home, then they play Ireland in three away. It is such a measure over three Tests. Those one-off Tests tend to always ask the question: ‘what if?’

Not so a three-Test series. You get a definite answer over 240 minutes of rugby.

Ireland were the best for me today, although I believe the All Blacks are currently the weakest of the big three Southern Hemisphere teams. They have problems.

In Auckland, they managed to defend a proud record and got themselves up for a one-off win. It was similar to the 2019 World Cup when they dismantled Ireland in the quarter-final but got brushed aside in the semi-final against England.

Australia, for me, are a team on the rise. They fought back from 19-0 to trial 22-17. They had the chance to reduce that to two points, with a one player advantage. They didn’t cash in and England resisted the comeback to win.

The Springboks, with 14 changes from the side victorious in Pretoria, were in cruise control at 12-3 after an hour. But the Welsh tenacity and a refusal to give it up, meant they stayed in touch.

The experience of Wales, coupled with the inexperience of the Boks and very poor game management in the final 15 from the South Africans, combined for the wrong kind of history when Josh Adams scored in the 78th minute and Gareth Anscombe converted from the touchline.

Anscombe is Kiwi-born and played for the New Zealand under 20s coached by his dad.

But in Welsh folklore he will only ever be thought of as pure-bred Welsh, and rightly so.

If any team deserved something on a trip it was this Welsh team in South Africa.

Bring on the finale in Cape Town, Sydney and Wellington.

The @Springboks drop to third in the world & France, who were 9th when Fabian Galthie took over are finally No 1 in the world. 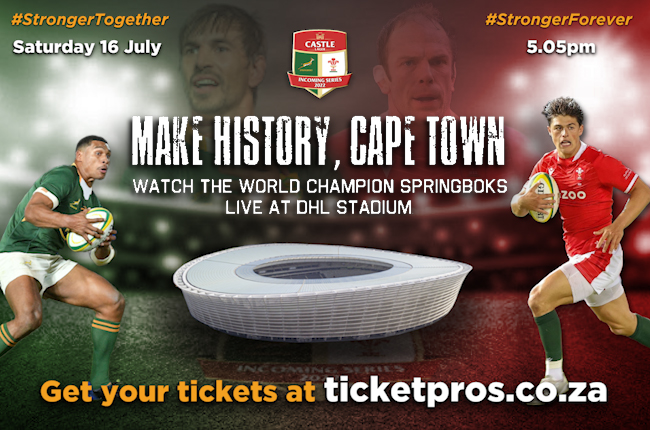