Stormers No 8 Evan Roos put down a marker for the Springboks, but as much fun as it is to watch South African teams hammering those from up north in the United Rugby Championship, there isn’t one South African team good enough to beat Leinster in Dublin and win the competition, writes Mark Keohane.

I loved the Stormers three-point win against Ulster at the Cape Town Stadium. A great start, which yielded 14 points from two converted tries in the first eight minutes and a brave last two minutes of defending. Ulster schooled the Stormers with their kicking game, but this was a home town win, fashioned by the comforts of playing at home, but definitely not because of home town support. There were more people at schools rugby earlier in the morning.

In the week SA Rugby Magazine editor Zelim Nel, Ollie (Keohane) and myself chatted about the weekend’s four matches. We had all four SA teams to win. Three of them did and none of us picked the Sharks to implode quite like they did.

The Moneyman picked an Ulster win and but for a wonderful try-saving hand tackle in the 78th minute, he’d have been on the money. The margins are fine when you have bucks riding on a result.

What I keep on hearing is this nonsense about playing with or without internationals. South Africa, in the URC, doesn’t have internationals, which makes any win against full-strength teams from up north pretty impressive.

The last Springboks match day 23, defeated in the last minute 27-26 at Twickenham against England, have only six players playing across four franchises in the United Rugby Championship. The seventh, Frans Steyn is playing Currie Cup rugby with the Cheetahs.

The core of rugby’s No 1 ranked team in the world play their rugby outside of South Africa.

Hence, it will take something out of the ordinary for a South African team right now to win the URC, but what is pleasing is that the Stormers and Bulls are showing they are up for the fight to be considered a top four team.

The Sharks were abysmal in being hammered by Edinburgh in Durban. The Sharks, for all their investment, for all their WOW factor from aligning with ROC NATION and for all the cheerleading they are getting remain pretenders and not contenders.

They don’t have a No 10 and they will win nothing until they get one. I also don’t believe they have a coaching leadership good enough to be champions in waiting. They need change and a No 10.

I loved watching the Lions dismantle the Ospreys and I think Jordan Hendrikse has the potential to be the second cab on the rank when it comes to Handre Pollard’s No 2.

The Stormers and Bulls have been impressive at home, which gives comfort to the local game, but when we talk international rugby, the Springboks would be in awful trouble if they couldn’t call on 20 overseas-based players.

In the context of the URC, the Stormers and Bulls will be around come the final two weeks, but in the context of the Springboks, there are only a handful of local-based players showing enough to be international prospects, and primary to that bracket are Roos and Hendrikse.

How we called the Stormers 3-point win.

How things stand after round 14: 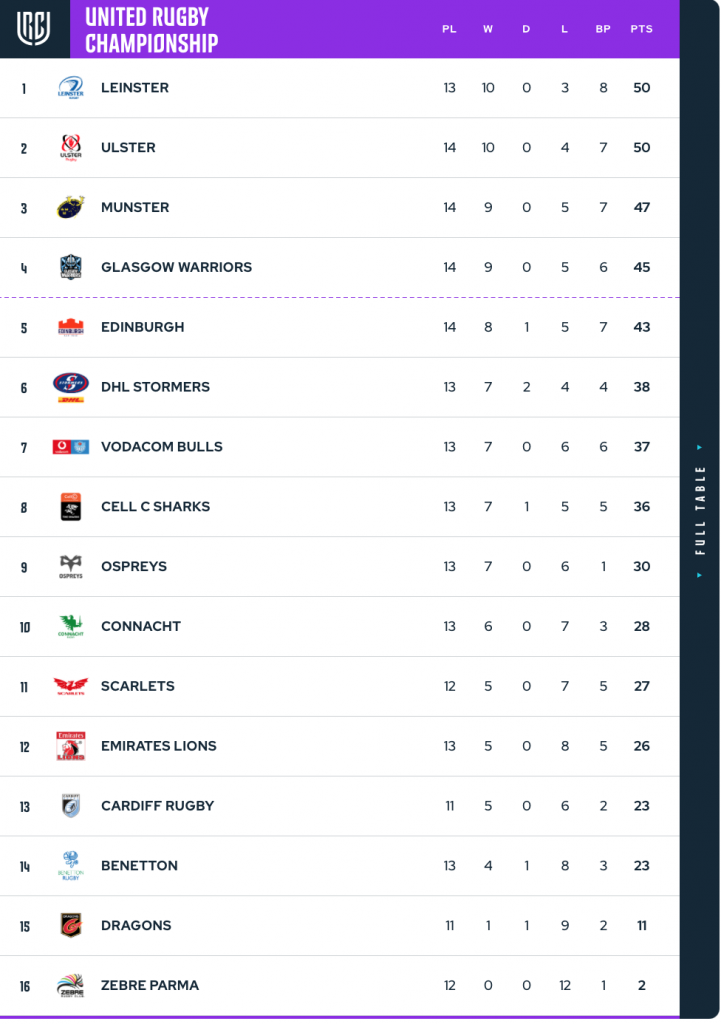