Fiji were dead and buried in the final of the World Series Hamilton 7s. They were a man down in the first minute and changed ends trailing 17-5. Then came Alosio Naduva’s title winning heroics as the Blitzboks for the second successive tournament were blown away in a final.

The Blitzboks were in commanding form throughout the tournament, as they had been in Sydney a week earlier. Kyle Brown’s men were unbeaten in three matches on the opening day and on Sunday whipped Scotland 22-0 in the quarter-final and cruised past Sydney champions Australia 24-5 in the semi-final.

The tournament favourites and World Series defending champions looked as unstoppable in the first half, but then came the Fijian fight back. It was Olympic Champions against World Series Champions and this time the Olympic Champions triumphed. In Cape Town last year it was the South Africans who proved the masters in an epic quarter-final. Hamilton’s final was another reminder that currently these two teams set the standard in Sevens.

Hosts New Zealand, much improved from the rabble of the last two seasons, were edged 14-12 by Fiji in the semi-final and then lost 8-7 in a tense third place play-off against rivals Australia. It took a last play penalty drop goal to secure an unlikely 8-7 win.

South Africa, with three final appearances in the four events, remain on track to defend their World Series title of 2016/17 season. 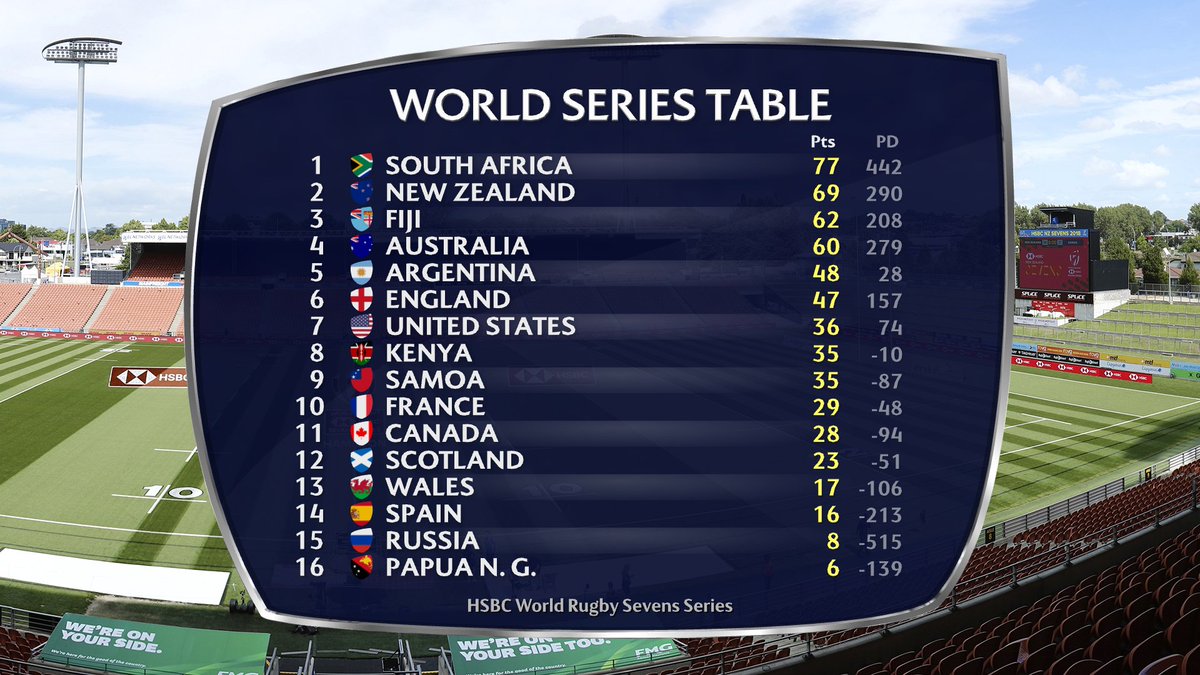